Welcome one and all to my blog!

I'm a guy who lives in Canberra. I run a shop, and I also work as a Photographer. I also build computers and game for fun.

However, I've decided that after running the fun out of photography and general nerdiness I needed something new to try in my spare time. Mechanical tinkering sounded like fun, and being a curious, 'work it out as I go' kind of person I thought I'd give it a go.

Since I already own a White Peugeot 306XSi Hatchback which I love to bits, getting something similar was appealing. So I started to look for the perfect car to work on. What I didn't expect to find was a set of twins!

So this is a tale of two Pugs. They came together from the previous owner. Grey Pug is drivable, 130k on the clock. It needs its soft top replaced and hood hydraulics repaired. It has a hole in the exhaust that makes it unroadworthy (in the eyes of the authorities), and it also needs a lot of cosmetic TLC. It doesn't look too bad with an instagram filter on it, though: 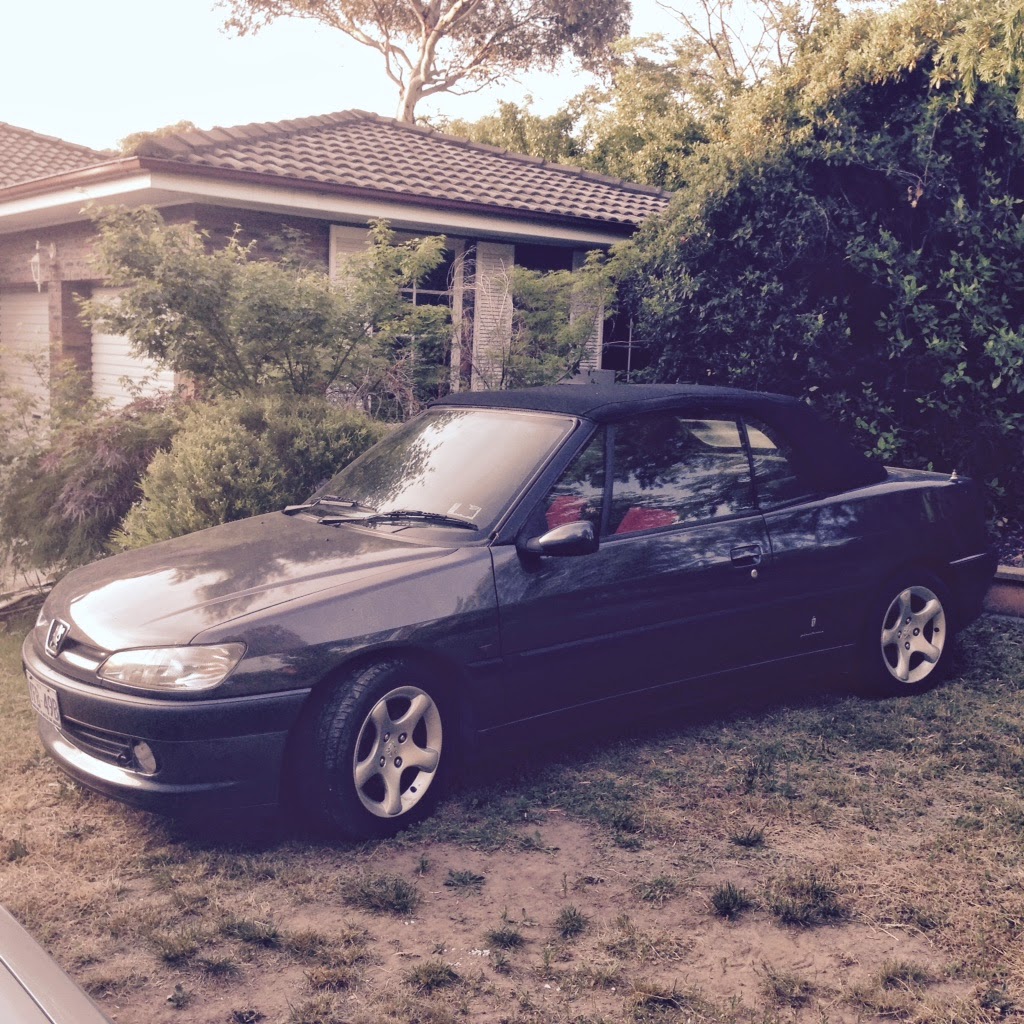 Red pug is the same year, and as far as I'm aware has had a similar life, though some of Red Pug's parts are in much better condition than Grey Pug. That can't be said for the engine, though! Clearly, Red Pug won't be getting restored! PARTS CAR ONLY! I'm going to have to prevent myself from becoming too attached to it.

I already want to move the exhaust, some of the wheels, and the 'soft top' from Red to Grey. This list will grow as progress happens, of this I am sure.

I'll also need to get bits from eBay, wreckers, and elsewhere.

So, on this blog I'll be recording my endeavours to restore a 1999, Slate Grey Peugeot 306 Cabriolet. I'll be fixing all the problems that I know of - and probably some I haven't found yet - and posting my progress along the way.

Thanks for following, I hope to be entertaining, and informative too!